It was a spiritual journey Eric Adams had planned for a long time, to travel to Ghana to visit the former slave-trading post. Before leaving for Ghana, Adams told New York Post why he was making the trip. “I made a promise to myself that I would visit Ghana following the 400-year anniversary of slavery in America and the election, to show how far we have come and remember how far we still must go,” Adams said.

While in Ghana, the Mayor-elect had the opportunity to honor his mother by placing a plaque of her name on the Sankofa Wall among many other notable people from Africa and the diaspora.  “This is an extremely significant moment for me. This is a 35-year journey that I am bringing to completion,” Adams told BEYOND THE RETURN.

The former NYPD Captain said that placing her name on this wall among our ancestors is not only the sum of those who are part of their lineage but it’s the sum of our experiences. That we’re all connected.

The 110th mayor-elect also visited the final resting place of Pan-African leader W.E.B. DuBois and laid a wreath in his honor. “The energy and spirit of our leader who understood the connection between our ancestors here and our ancestors that were born on the soils of America…I’m happy to reunite with his spirit here in Ghana,” Adams said.

The Brooklyn Borough President wrapped up his trip with a visit to the Diaspora African Forum and the W.E.B DuBois Center. The Mayor-Elect Eric Adams was also honored in Ghana.

Speaking on “Here and Now” after returning to New York City from his trip, the Mayor-Elect told Sandra Bookman that this was the right time he had to undertake that journey.

He said he thought about it for so many years as a child and young adult and of the impact of what slavery did to us, and that we could act like it doesn’t have an impact, but it does.

“I knew we left the shores of Africa in slavery and I wanted to go back with Mayoralty and standing in those dungeons where they cramped into a small space 2,000 people who lived for months in their own waste, who were brutalized and had themselves targets and raped of children, boys and girls having your families divided and torn apart. It’s a miracle as black people we still can even communicate with each other after going through that horrific experience,” Adams told Bookman.

The former NYS Assembly Member said he wanted to return to Africa and stand in those dungeons and draw the energy of his ancestors. As part of the visit, the mayor-elect underwent traditional cleansing rites at Akwamufie in Ghana.

Adams said his trip to Ghana prepared him for this mayoral journey. “I know that for those men and women that we lost in those dungeons on the travel here, on those plantations, no matter how hard I think this is, I’m not picking cotton from sun up to sun down. I’m not delivering on all those evils,” he said. 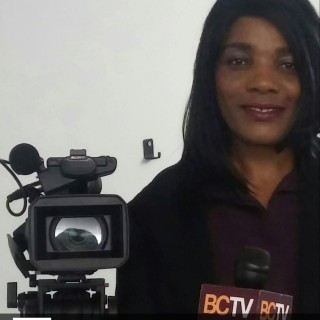 FLORENCE MAFOMEMEH. FOUNDER AND OWNER OF “OUR BLACK NATION NEWS” . WELCOME TO THE WORLD OF BLACK PEOPLE!